About the Making of Mother Ocean (Making of a New Tribe)

The advent of Mr. Jerry Taliaferro’s Photographic exhibit: Women of a New Tribe at the Flint Institute of Arts, (Jan. 21st – April 15th 2017) inspired the writing of the poem, “Mother Ocean (Making of a New Tribe)”. The photo session to which I was a subject, stirred something internal. Upon completion, I spoke in a quiet tone to myself, and to Mr. Taliaferro, and Sarah Kohn assistant curator, “I feel like I could write something about this.” They both gave an affirming nod. Exiting the Flint Institute of Arts, feeling richly increased by the experience, I returned to my world of projects and deadlines, Women of a New Tribe seemed far away.

Nine months later, Women of a New Tribe came into focus. I began to sketch and outline of a burgeoning poem, it quickly became apparent this no ordinary writing. I could feel a faraway rumble, like the roar of the ocean. I called my sister, Lynn; she attentively listened and offered valuable insight on the preliminary notes. I called Cousin Linda, with controlled apprehension; I told her a big poem was coming; I am going to write a poem! It was a happening, as I had not written poetry in over a decade. Linda, always poised — serene in demeanor seemed to steady herself as she inquired about subject matter. Enthused, I responded: “I’m not sure, I see an ocean, a sky, waterfalls, and skulls at the bottom, it’s about us, it’s our story. There is sorrow and ebullient joy!

The name of the exhibit is Women of a New Tribe. The question begs, what happened to the old tribe?  How did the new tribe become new? This poem will be named: “Mother Ocean (Making of a New Tribe).”

That night, praying while sleep, I asked for a painless creative process. I wished that an extraordinary work come forth for the Women and for All people, and to allow me to remain unaffected; I did not want to be emotionally stuck at the bottom of the Atlantic Ocean. Wish granted! I felt like a scribe, taking notes from inside myself. When I first read what was freshly written, I did not recognize or feel the gravity.

This time Cousin Linda called me, after my recitation; the air was moist with tears. Those speechless moments gave me pause.  I was shocked at her response, “Semaj, your authentic voice has returned, this is vintage Semaj; it aligns with your previous poetry,” Linda spoke with quiet intensity. I could tell she really wanted me to understand. I was pleased she was clearly moved, and that I acquired the rare benefit of being spared the emotional depth of the poem! Cock-a-doodle-doo!

I assumed the poetry left when my daughter Robyn died over a decade ago. And, I was grateful I was not roiling in grief after having penned a poem about immeasurable loss. Wisdom spoke:  “Like the Women of a New Tribe, you’re on the other side of all of that—the time of roiling, is over.”

I read the poem to my dear Sister-Friend Aneb (Dr. Gloria House) she cautioned me not to be surprised by the response from the audience; she characterized the poem as a gift. Then, once read to my darling husband, everything started to happen…boom! My handsome hero is — motion maker.

He was inspired and offered to accompany me with his Arborlune™, a self-created instrument from a tree limb. The tones from the Arborlune™ resonate as if a hollow bass calling from another world.

Mr. John B. Henry, Executive Director of the Flint Institute of Arts invited us to present this work at the 10th Annual Community Gala honoring photographic artistic exhibit of Mr. Jerry Taliaferro’s Women of a New Tribe. Aneb was correct; the poem had touched, moved, clarified, unearthed and, held up African American Sisters and Everyone in attendance in a unique manner.

The poem grew. It grew into an invitation to perform for the Flint Institute of Arts Event, Meet the Women of a New Tribe, March 25, 2017). The poem further expanded into this booklet complete with appendix. As a result, it may now be utilized as an educational tool to teach poetry, history, literary art, social justice, and women studies. It grew a foreword written by esteemed poet-activist-educator, Aurora Harris, and the wonderful back cover notes of Marissa Pierce.

With the support of Chief Executive Officer, Tauzzari Robinson, and Director of Programming and Operations, Amber Miller, it morphed into a CD recorded at the Boys and Girls Club of Flint, MI.  Pharlon Randle recording engineer extraordinaire was instrumental in bringing the CD and video to fruition. Thus, an educational opportunity was created for children of BGC and other educational circles — for to witness the Art of
Self-determination unfolding through literary and electronic arts is an empowering experience.

Dr. Brown’s original instrument, the Arborlune™ grew into a musical installation: snare, cymbal, zither, djembe drum, and chimes were added to the recording and performance. The poem is now authentic theater as I was determined to memorize this work as I was instructed to do so in the initial dream — become the Mother Ocean character. There is talk of a Making of a New Tribe full production fundraiser. Surprisingly, I was emotionally stretched by the cover illustration by Amanda Thomason. I wept:  her art punctured my anesthetized bubble, and was confronted with the depth of the words. I strongly considered not utilizing graphics of such an explicit nature, but it was my husband who vied for the art as he had suggested our ancestor’s remains be represented imagistically. We took an informal survey. Interesting, what initially repelled me due to the haunting purity of the art, others vigorously embraced. Mrs. Edith Prunty Spencer’s transfixing spirit and words solidified my direction forward. After the FIA performance, Mrs. Spencer asked me, “You do a lot of different things, don’t you?” I answered yes ma’am as I stared into her eyes. They were like marbles predicting my future. She told me to stick with the words. She asked if I understood. Thank you, Mrs. Spencer, I understand. I will stick with the words.

It’s been 400 years.
I sculpted them from promise.
They were complete in the beginning, throughout,
and remain whole today.
Their memory was stolen. Their memory was stolen.
Could not remember gold of Benin
or family compounds
Alkebulan antiquity birthing science
Moorish Spain
Timbuktu world center of trade and scholarship
or origins of iron forged French Quarter
Could not remember the military brilliance of
Queen Nzinga
or their original tongues of Fula and Yoruba…

Water is Spirit and Spirit Remembers
I am the Ocean Sprit Remembering when they cannot. 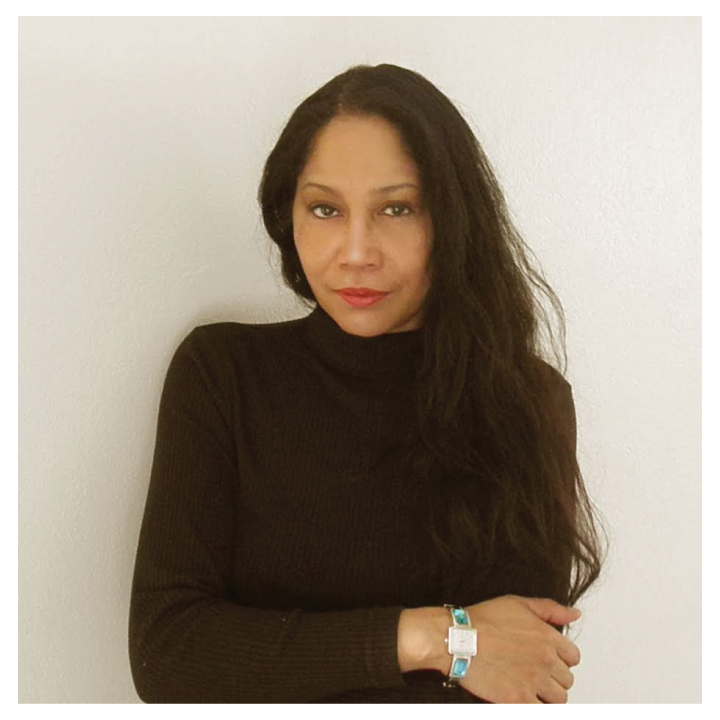 Aurora Harris • Author Poet Activist Semaj is a Detroit daughter now residing in Flint, Michigan with her husband, Dr. James Brown. Semaj holds the distinction of being one of Detroit’s Broadside Lotus Press Progeny Poets; her work is appreciated and loved from New York to Oakland. 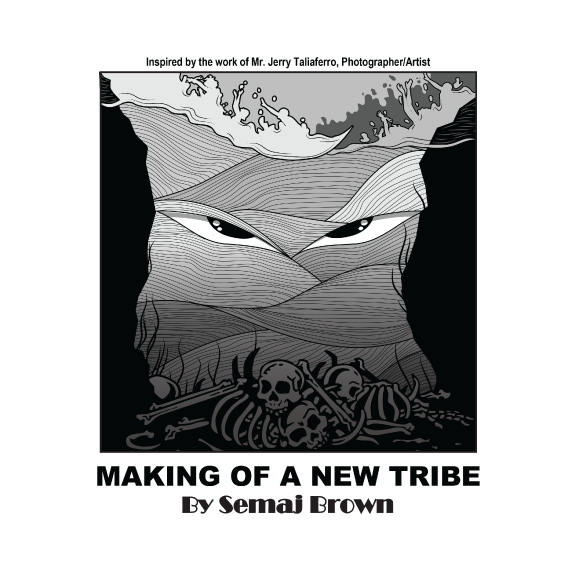 Purchase your copy of “Mother Ocean (Making of a New Tribe)” 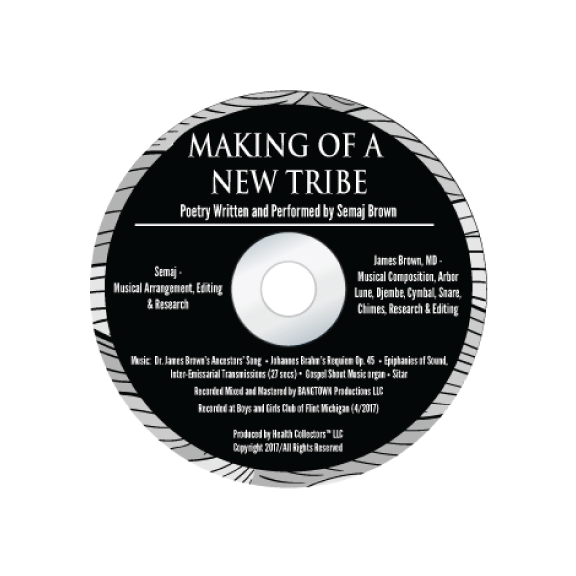 CDs currently only available for purchase at live events.