Semaj is an ever evolving planet with sonic gravitational pull. She thinks outside the line; in fact, Semaj may not see the line, at least not in the same way we do. Her dear friend Arlene, a science fiction enthusiast and storyteller maintains, “There are dimensions to travel, and never ending doors to open within Semaj.” Thirty years ago, while having tea, and Astra-projecting to an off the beat cafe in Istanbul, Arlene told Semaj that her life desire was to meet someone from another planet. Explains Arlene, when she met Semaj her dream was fulfilled. Arlene maintains, “Semaj is a magnificent odyssey!”

“Mother Ocean (The Making of a New Tribe)” 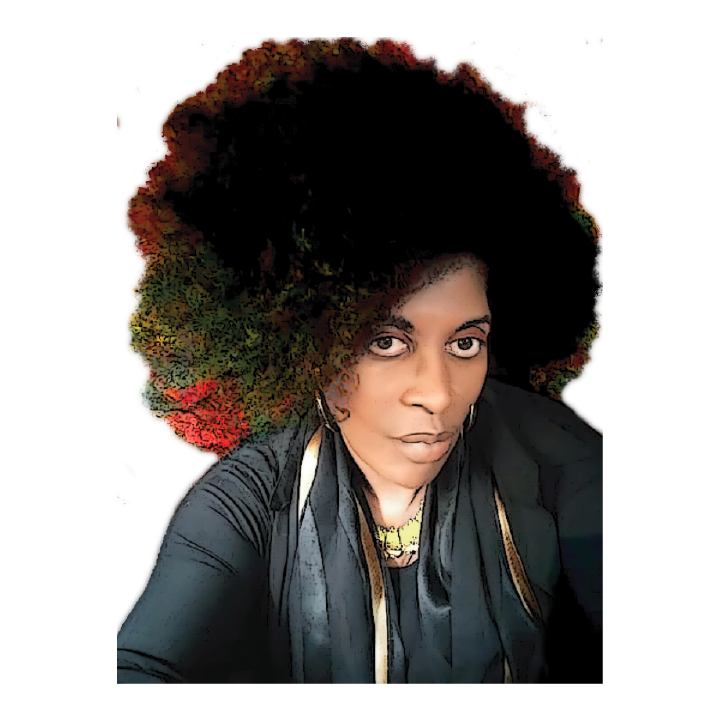 Semaj Brown is a Thought Leader who navigates outside the line. Semaj sees the invisible beat. Flint, Michigan’s First Poet Laureate is a 21st century innovator in the areas of the literary arts, health/ science education, and theater. Semaj moves about town with microscope in one hand, poems in the other as she draws correlations between sentence structure and math equations. She is a science driven Bleeding Fire social critic, an author, an essayist, Afro-Futuristic performer, director of elaborate theatrical poetry productions, and a builder of integrated curriculum. Cofounder along with her husband James Brown, MD of The Planted Kingdom™ and Health Collectors™ LLC, Semaj is a sought after Broadside Lotus Press poet who has read and performed her work nationally. Semaj is recognized by the Academy of American poets in New York, New York. You can find her column at The Flint Courier News. 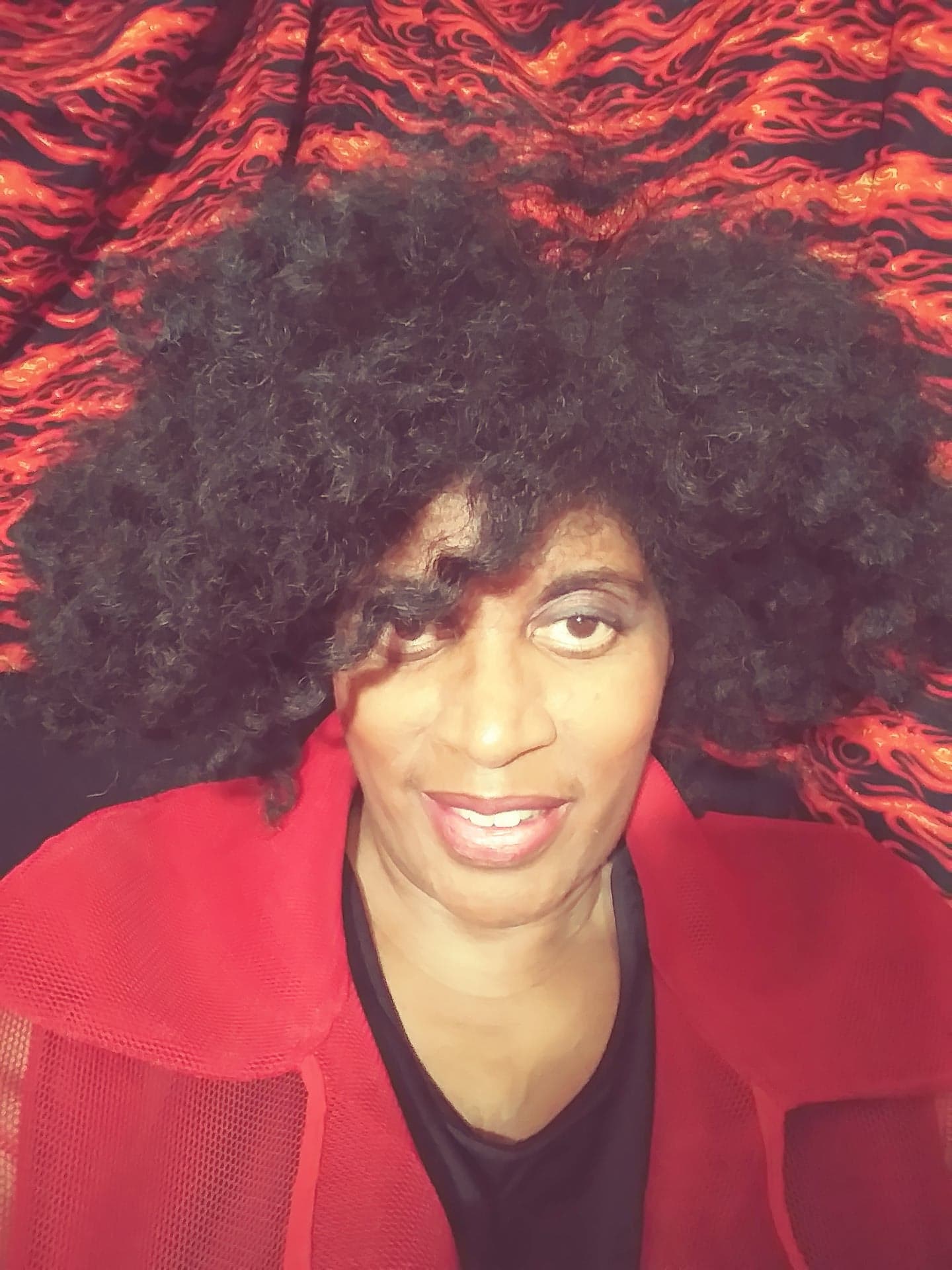 “…In her home basement, science laboratory explorations grew colorful crystal gardens as well as the imagination of the young Semaj. By college, Semaj was comparing patterns in seemingly disparate disciplines—the potter’s wheel she spun during summer enrichment at the Center for Creative Studies had successfully molded math, science, literature, art, and music into an amalgam that would inform Semaj’s esthetic…” 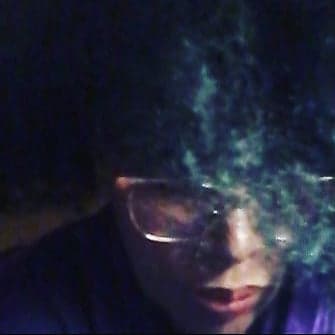 ” In this time of emotional and physical ache, pandemic grief, and racial upheaval, in this moment of cultural plate tectonics shifting paradigms into the insecure glint of promise—poetry pours over us like a blessed covering. It is the amplifier, earbuds to the heart. Poetry is a microscope, magnifying the hidden, and the hazardous. Poetry ensures electromagnetic pull, drawing out, dragging from us—our muffled best and muzzled worst.” 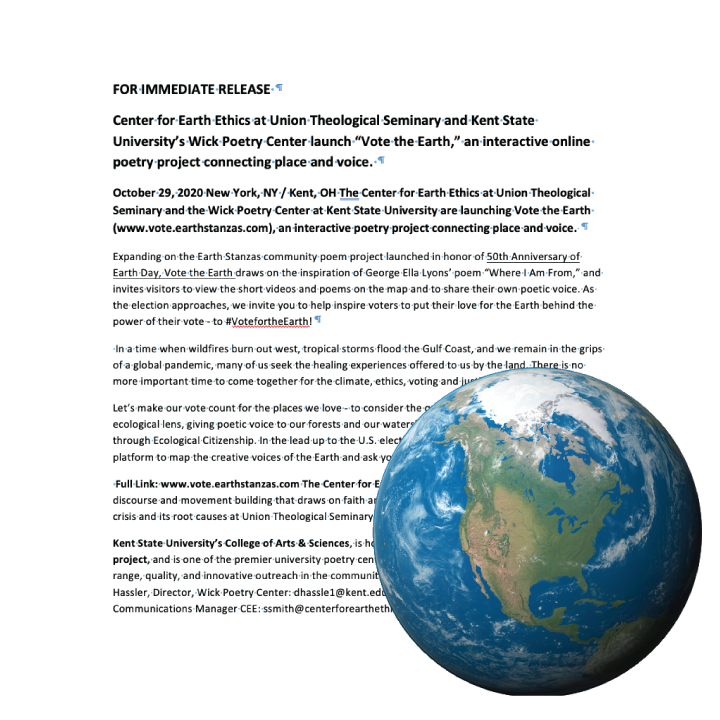 These official statements delivered to the media in the form of what is called a media or press release are catalogued, in this section according to the most recent, 2020 — dating back to 2013 with the launch of the Planted Kingdom™ the LLC that creates healthy art/science programming where vegetables are alive on the Green Front, complete with recipes, a vegetarian gluten free story cookbook, and a theatrical production, “Onion Revolt.” These media releases tell a story of this eclectic artist’s journey. 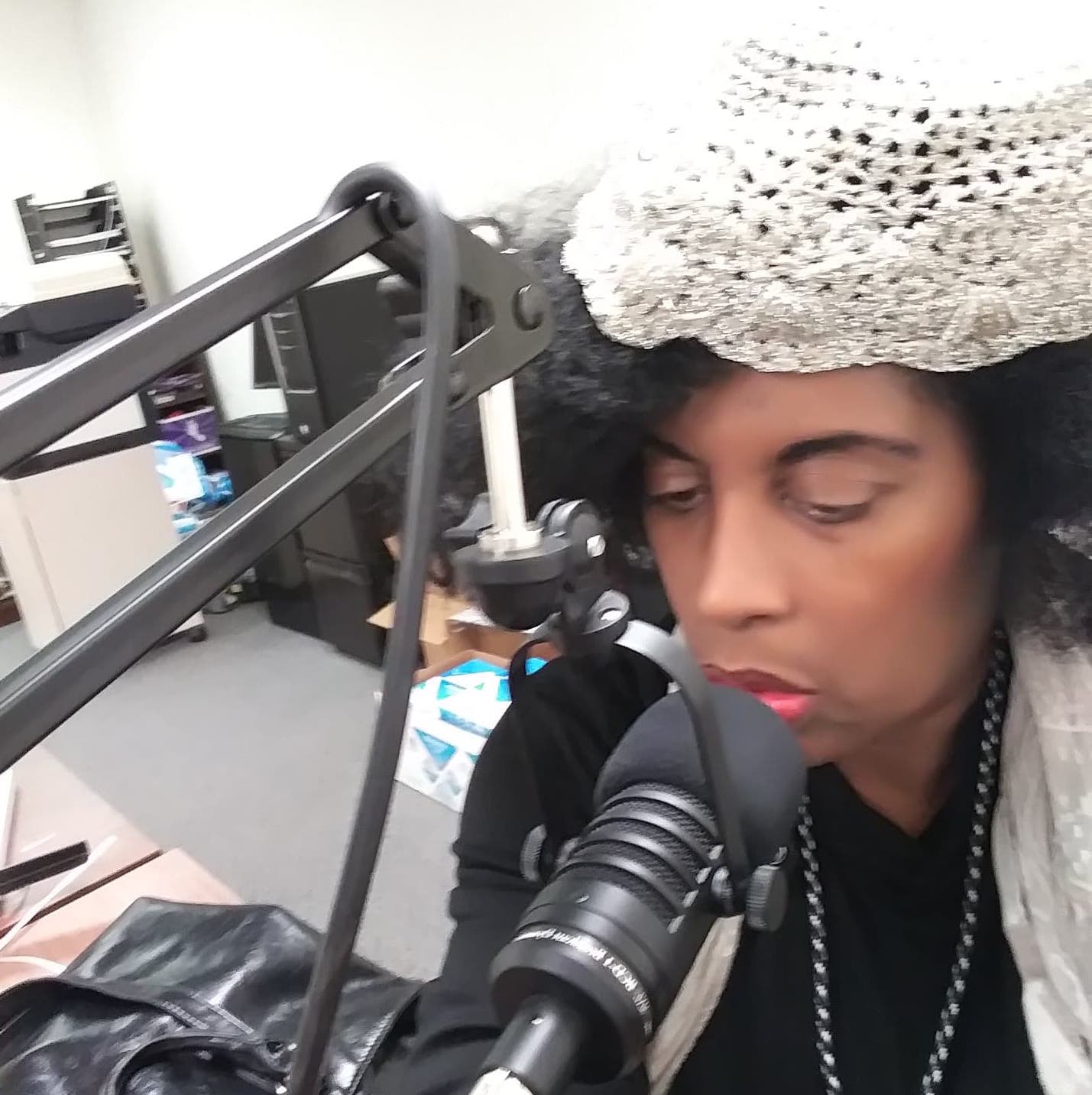 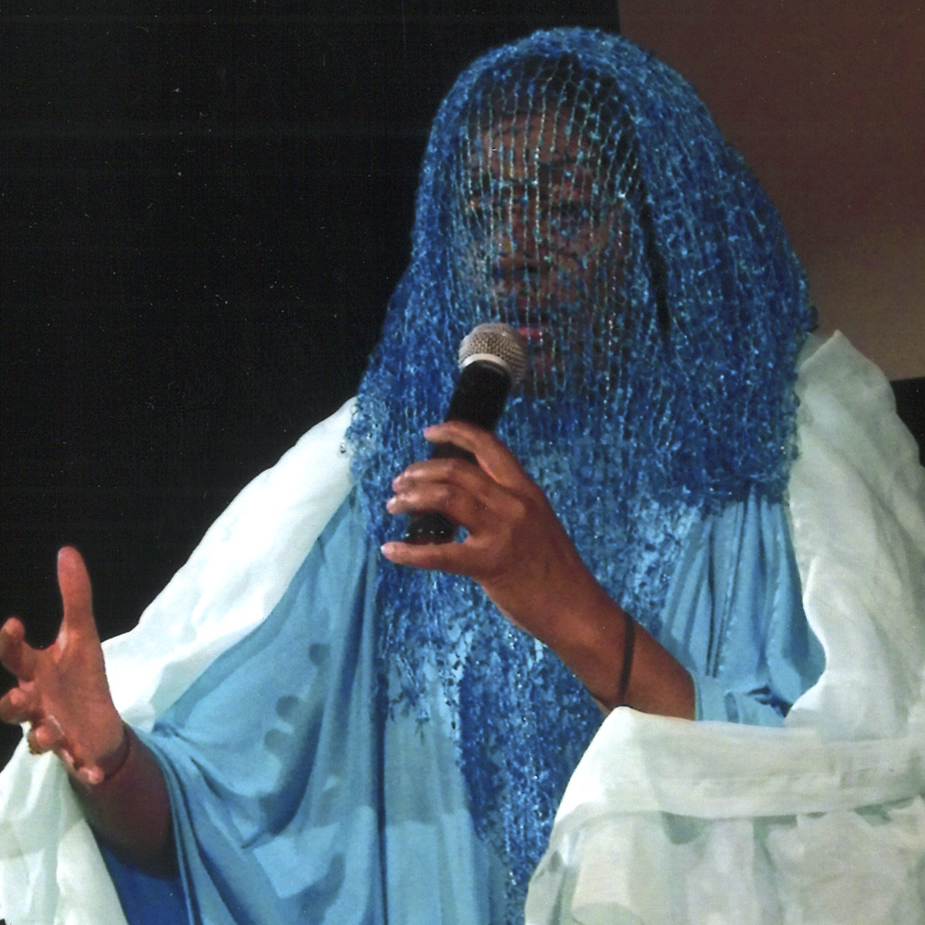 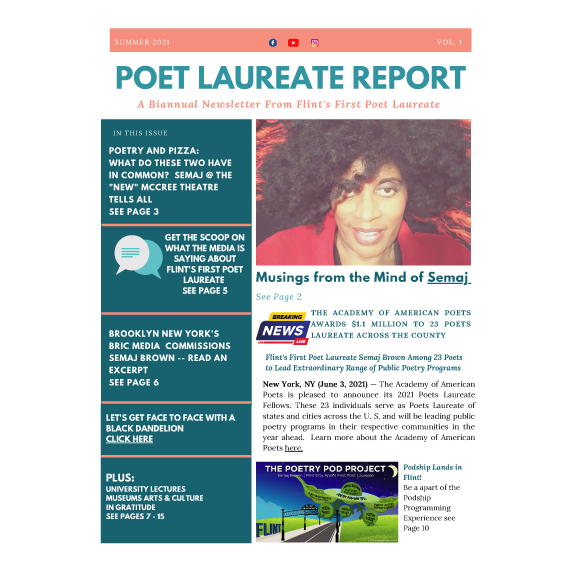 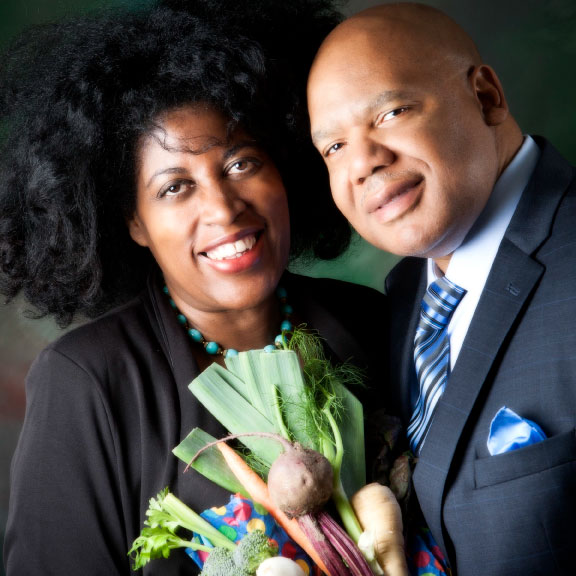 Health Collectors™ is a limited liability corporation founded by the married duo James Brown, MD, a Board Certified, award winning Family Physician and Semaj Brown, a literary and performing artist, science educator, and curriculum builder. The mission of Health Collectors™ is to promote wellness and better health through innovative, integrated art/science programming. Health Collectors™ grew from the community service of the private medical practice of Dr. James Brown with Semaj Brown as Director of Community Outreach. 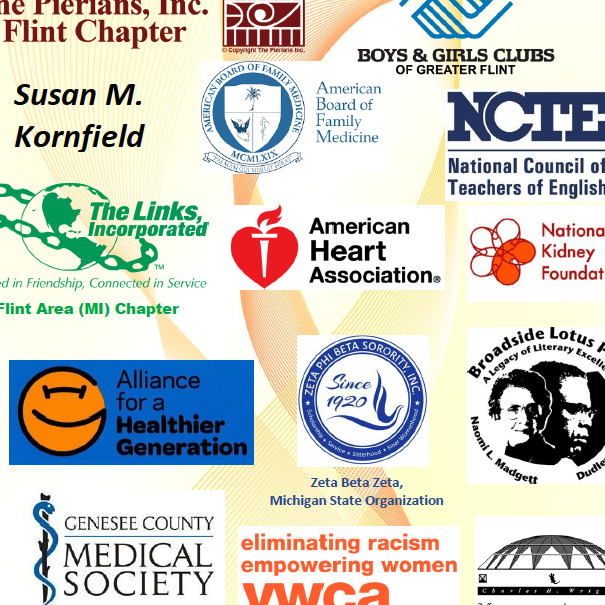 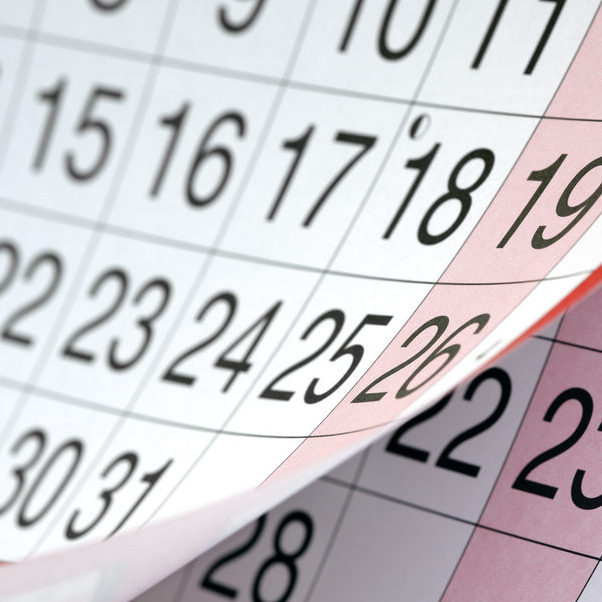