What is Happening Now…Media Releases Since 2013

Semaj Brown has been is a bit of a media fascination, and is often featured in the media due to her civic charge as poet laureate, and her many innovative projects. She is described as a twinkling star; with every flash Semaj’s varied dimensions emerge:  performer, installation educator, thoughtful poet, essayist, lecturer, and public speaker. These official statements delivered to the media in the form of what is called a media or press release are catalogued, in this section according to the most recent, 2020 — dating back to 2013 with the launch of the Planted Kingdom™ the LLC that creates healthy art/science programming where vegetables are alive on the Green Front, complete with recipes, a vegetarian gluten free story cookbook, and a theatrical production, “Onion Revolt.” These media releases tell a story of this eclectic artist’s journey. The accounts include Semaj’s return from a lengthy poetry writing hiatus with the penning, and performance of her iconic poem, “Mother Ocean” (The Making of a New Tribe), 2017. 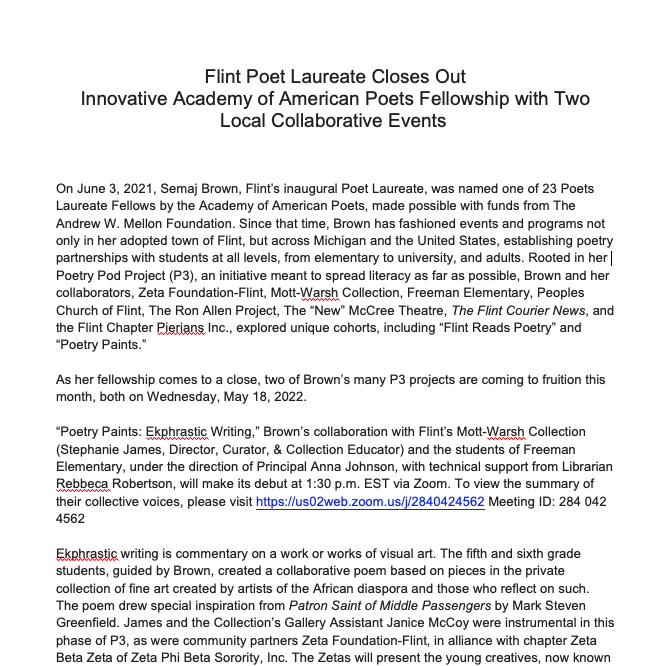 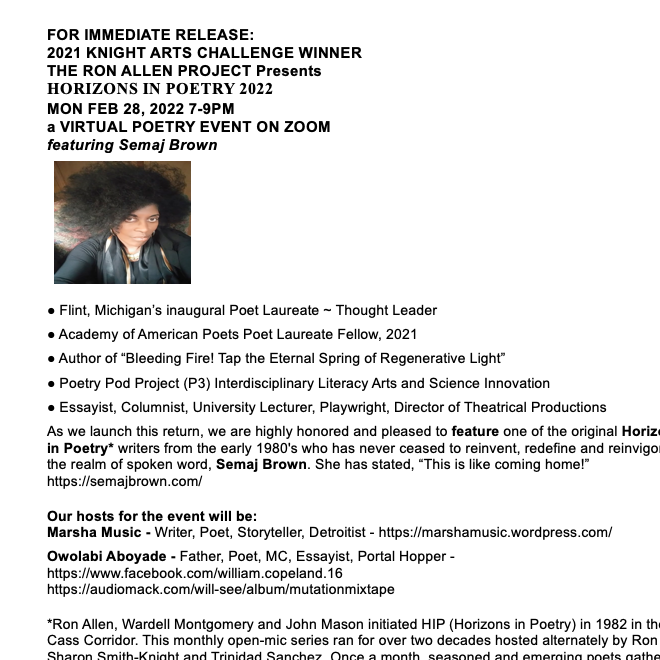 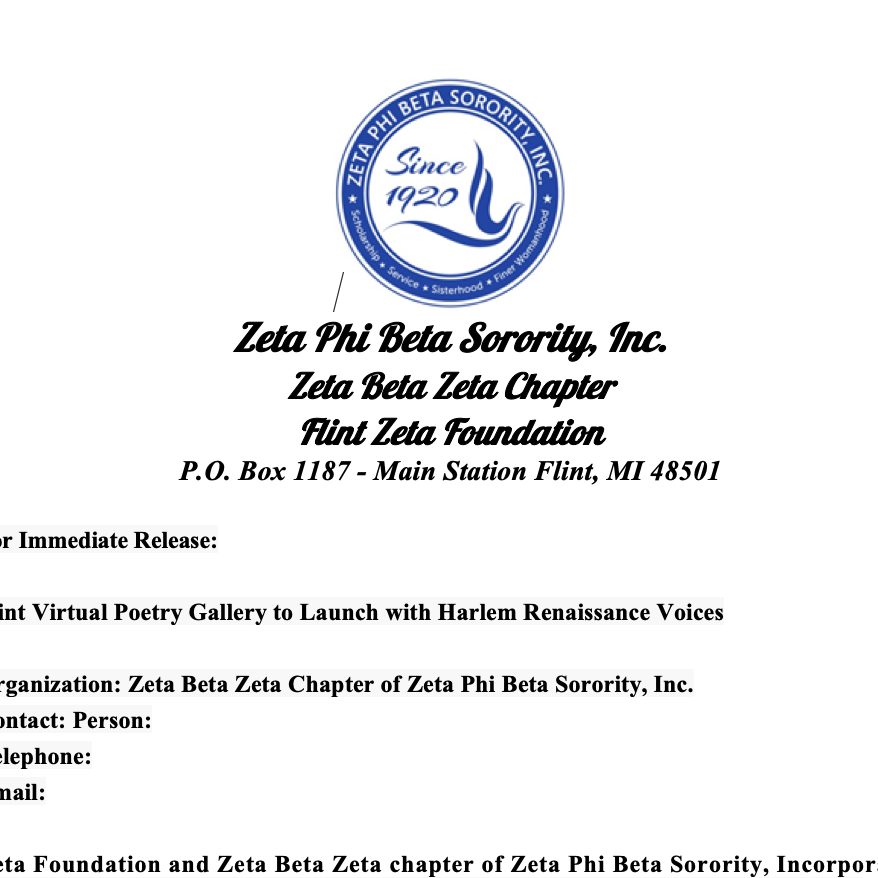 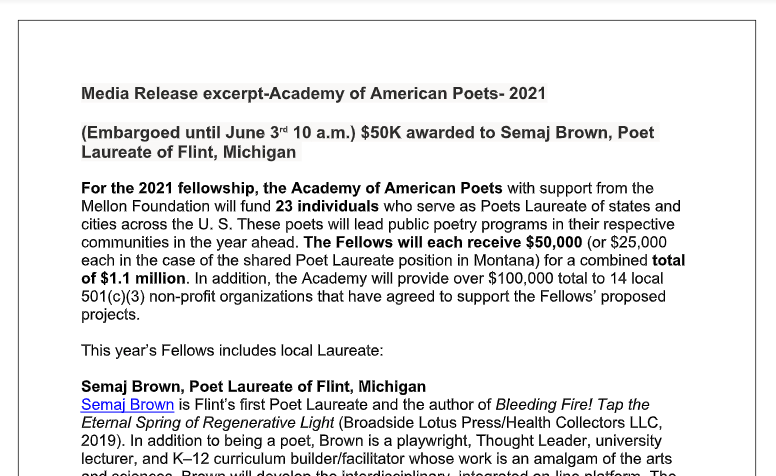 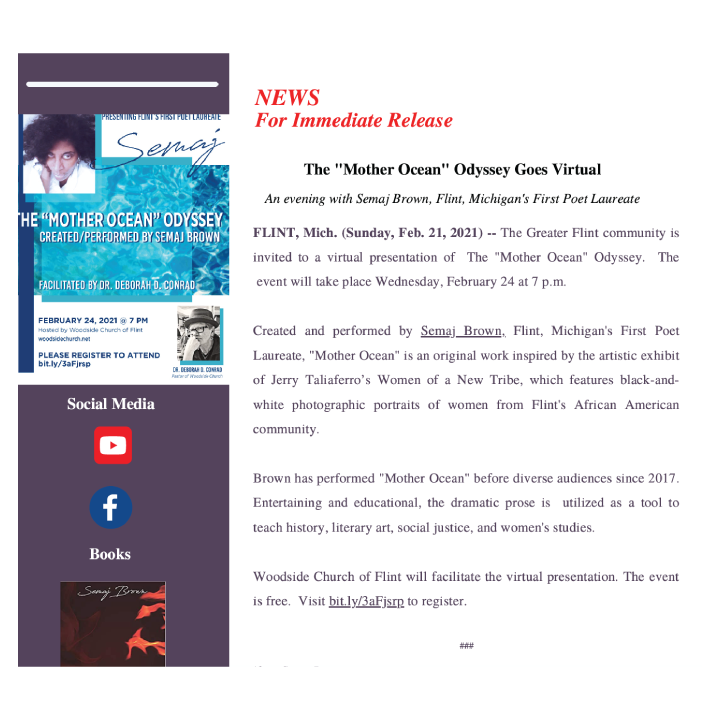 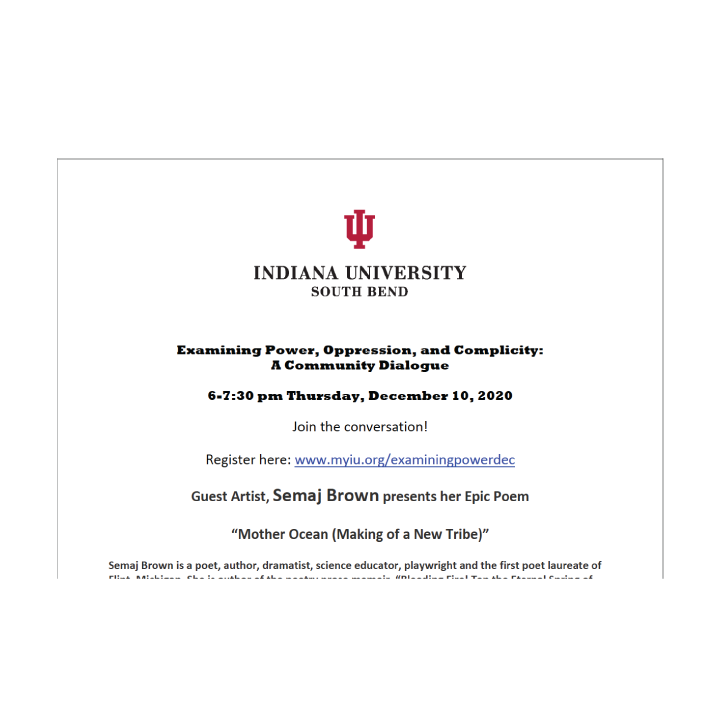 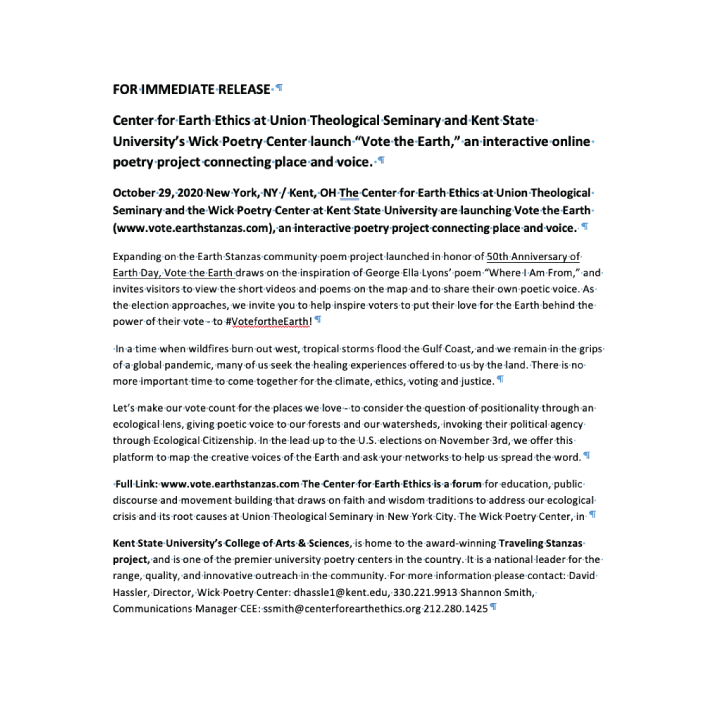 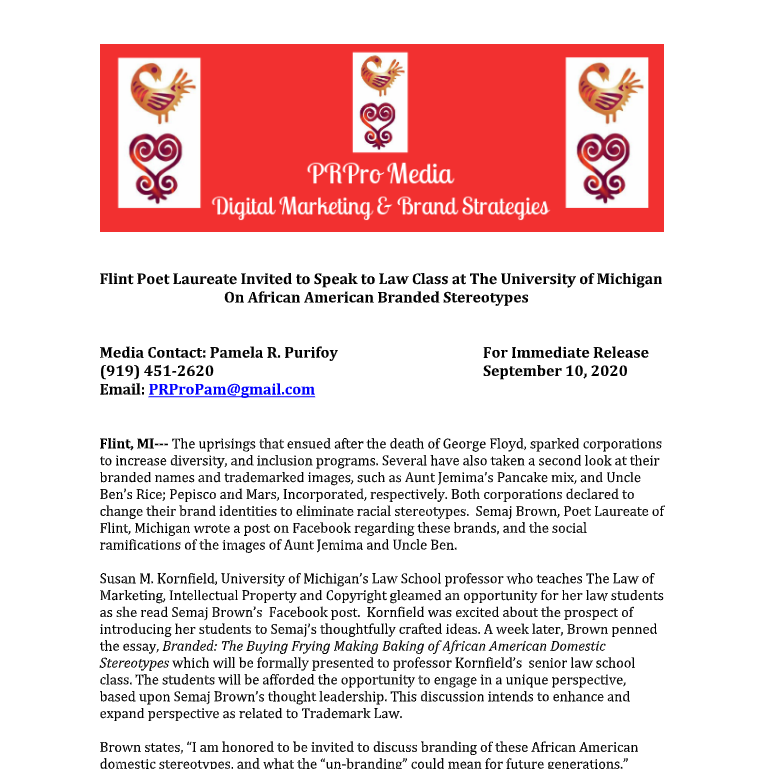 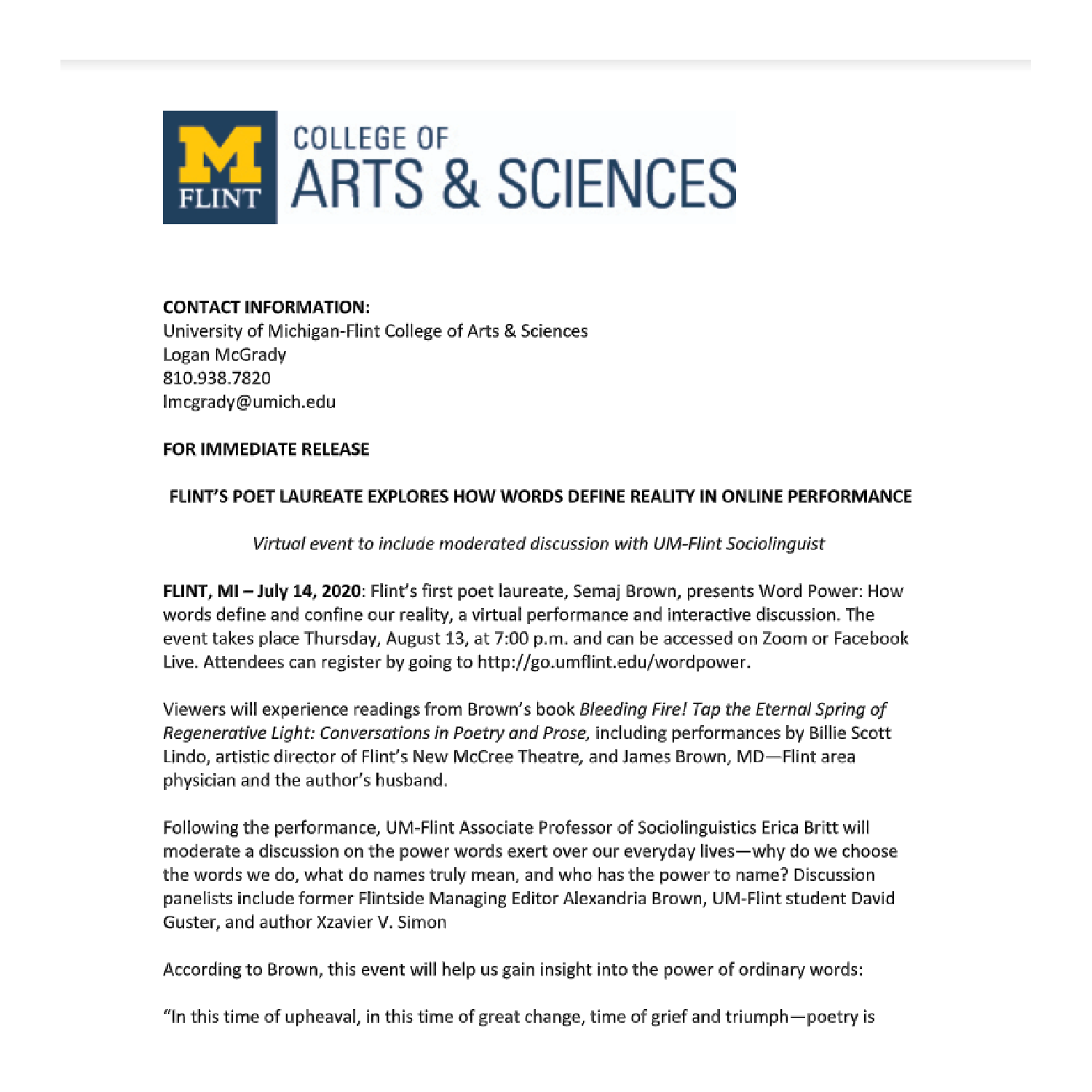 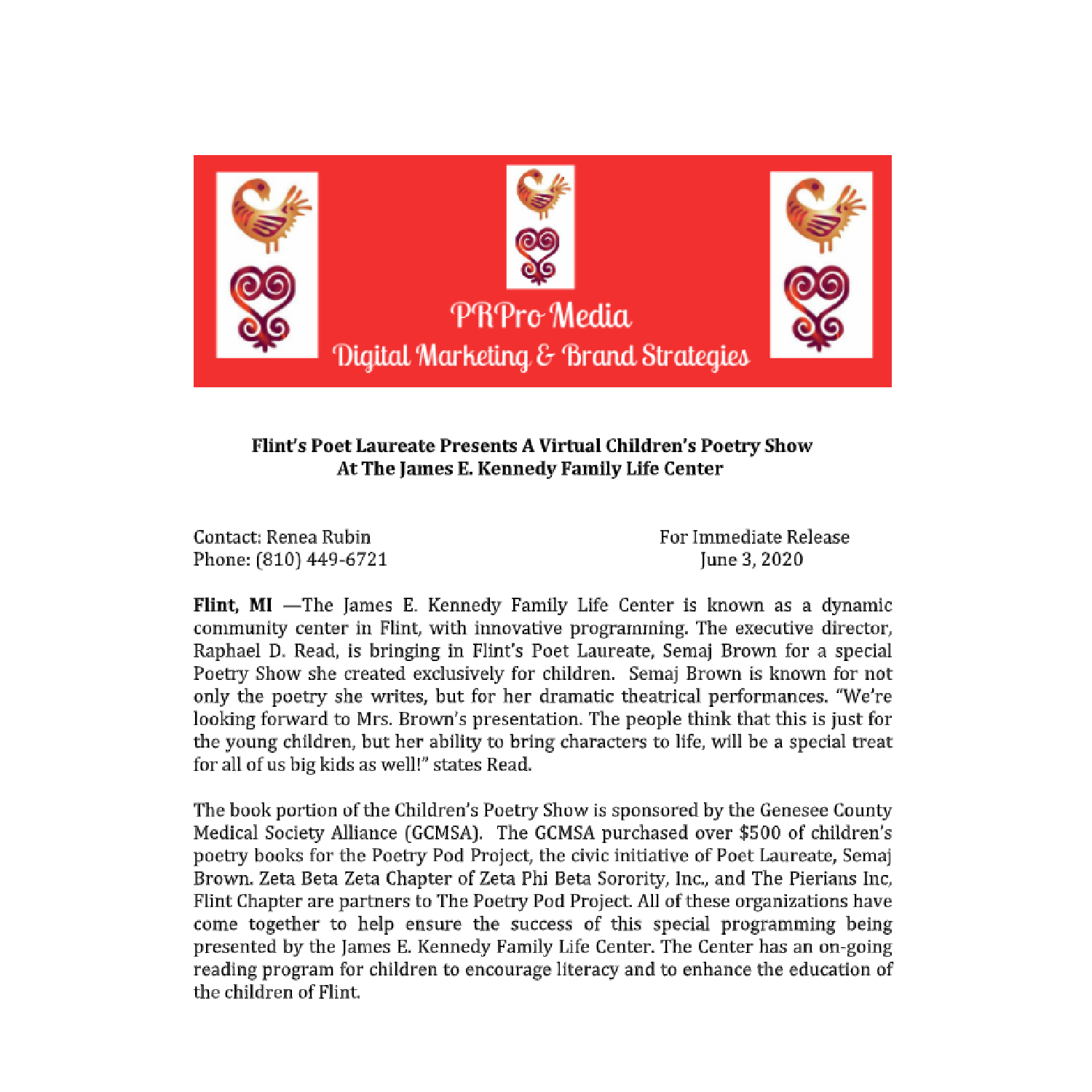 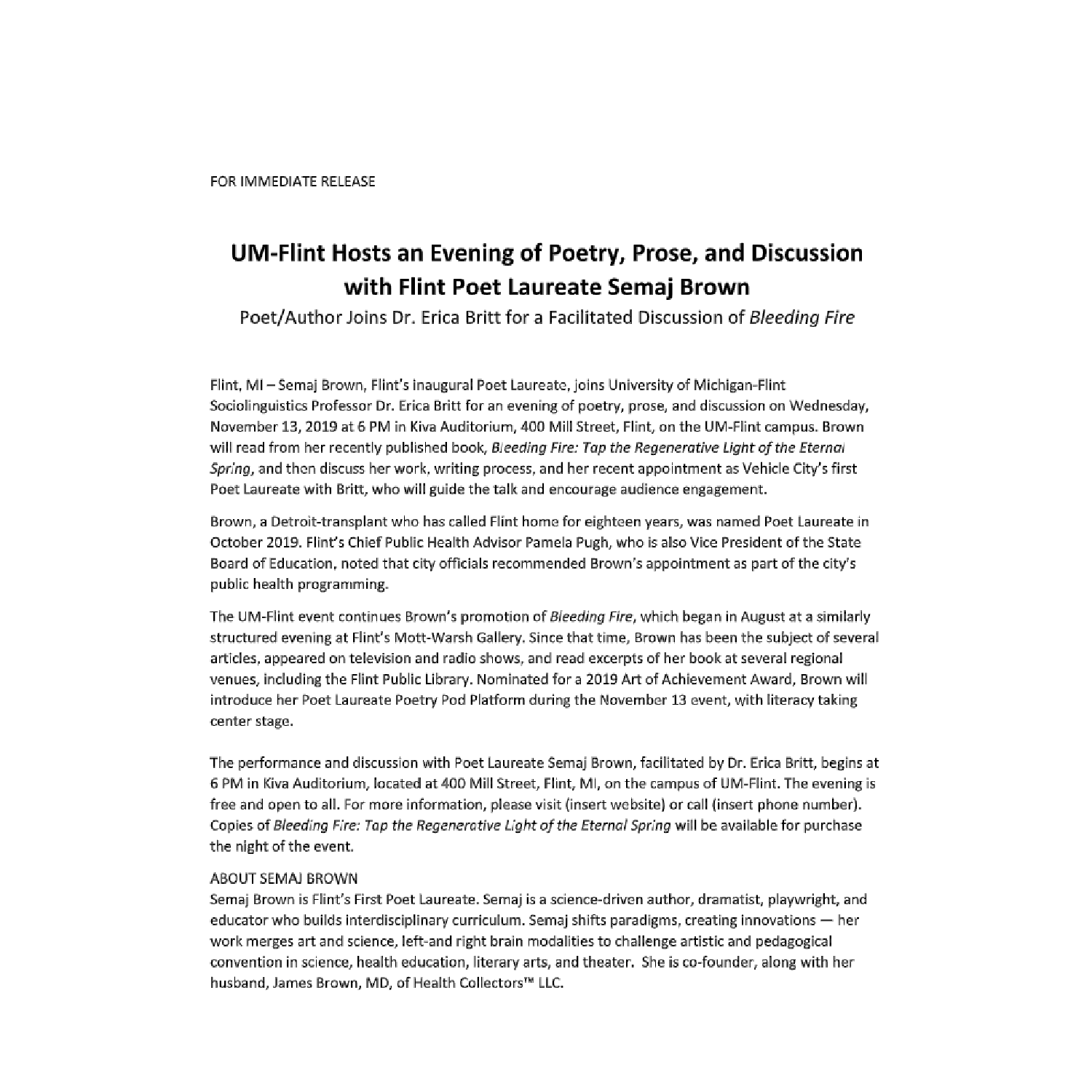 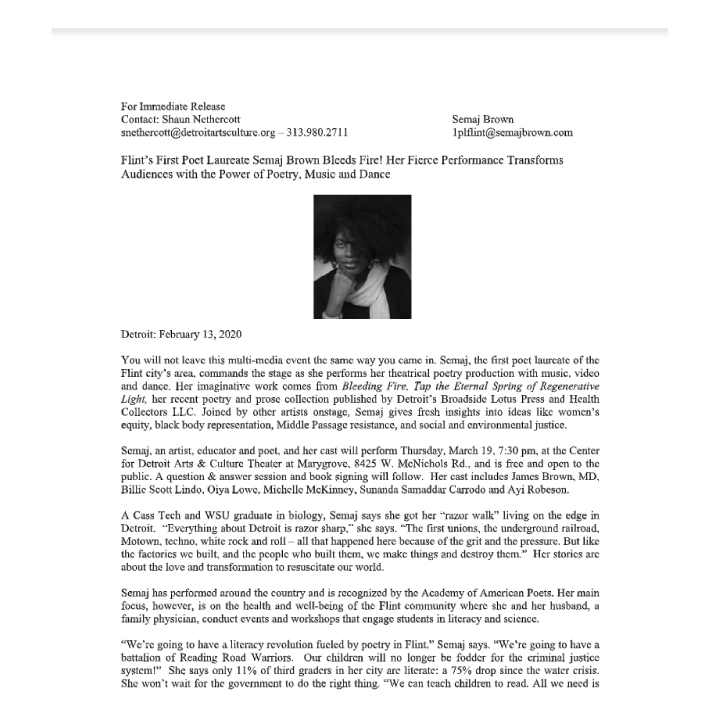 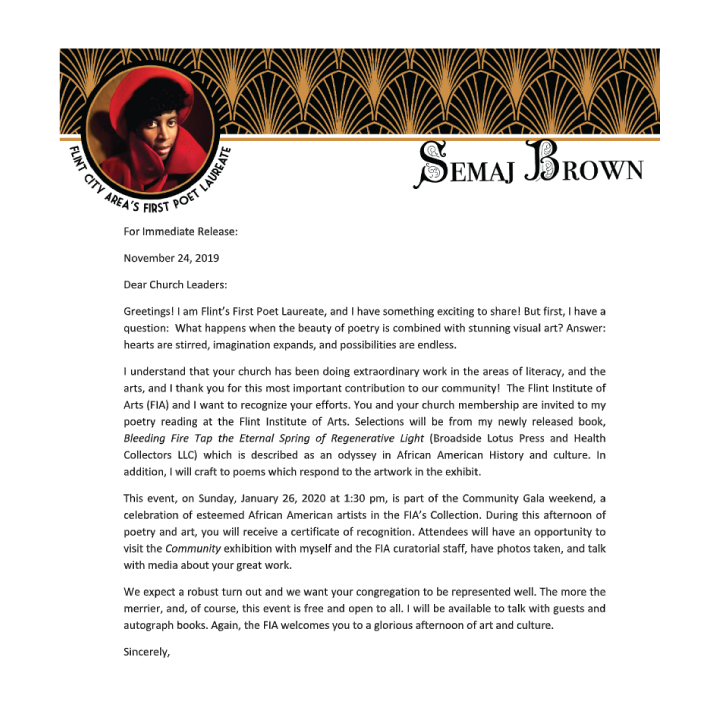 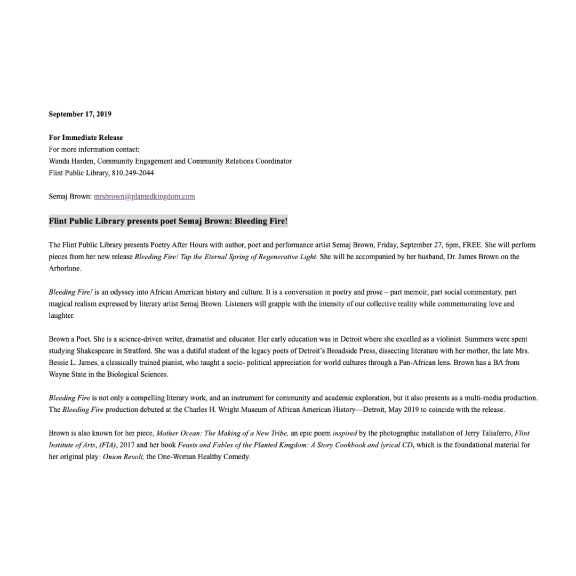 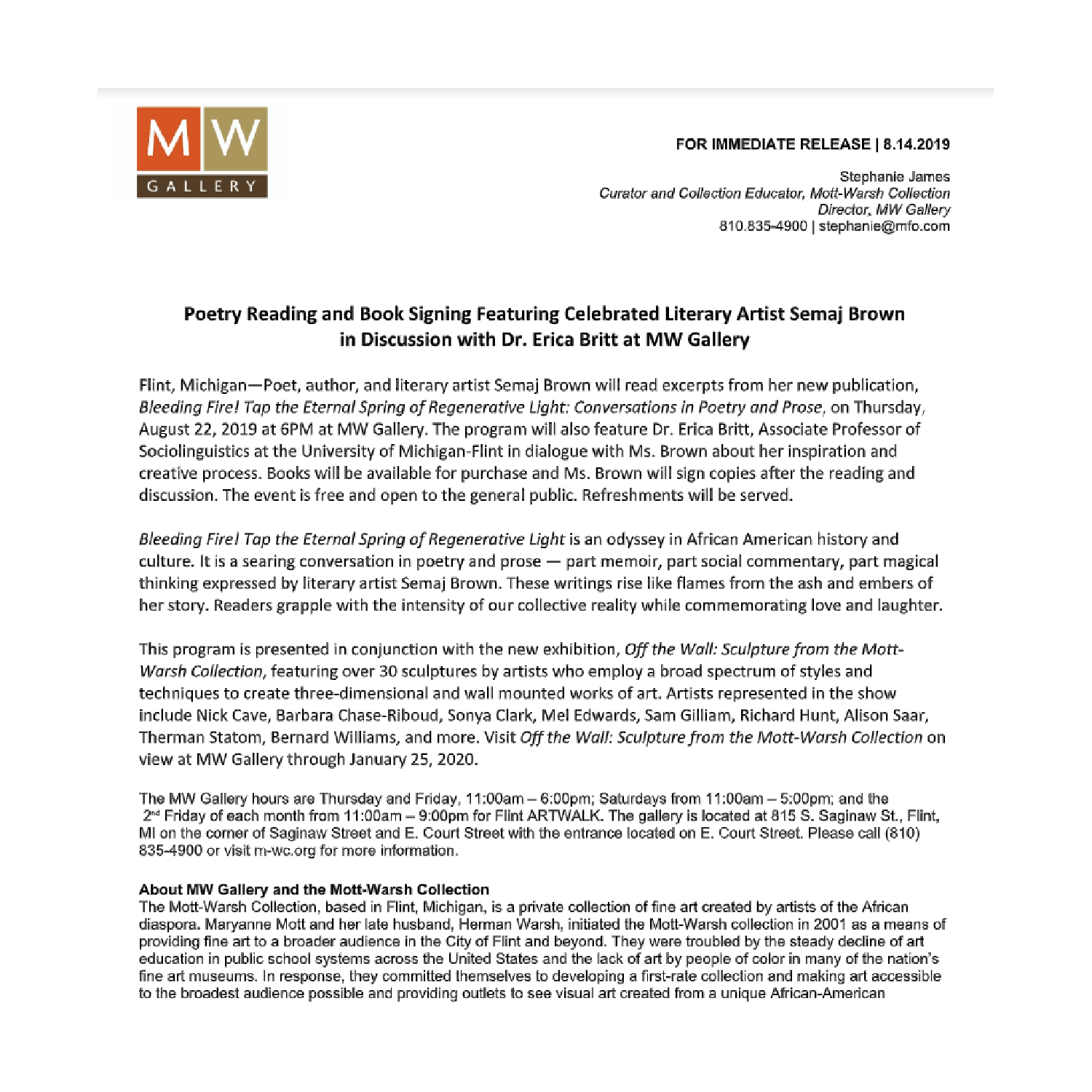 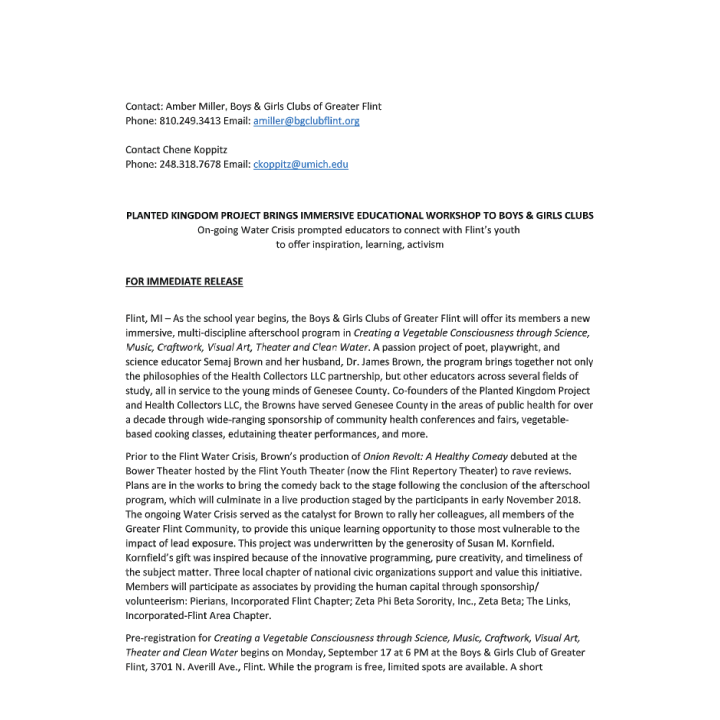 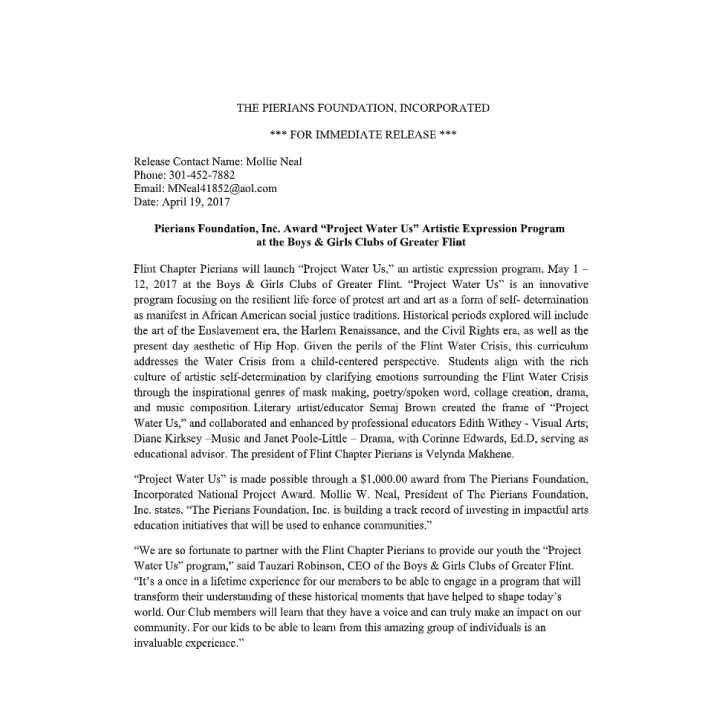 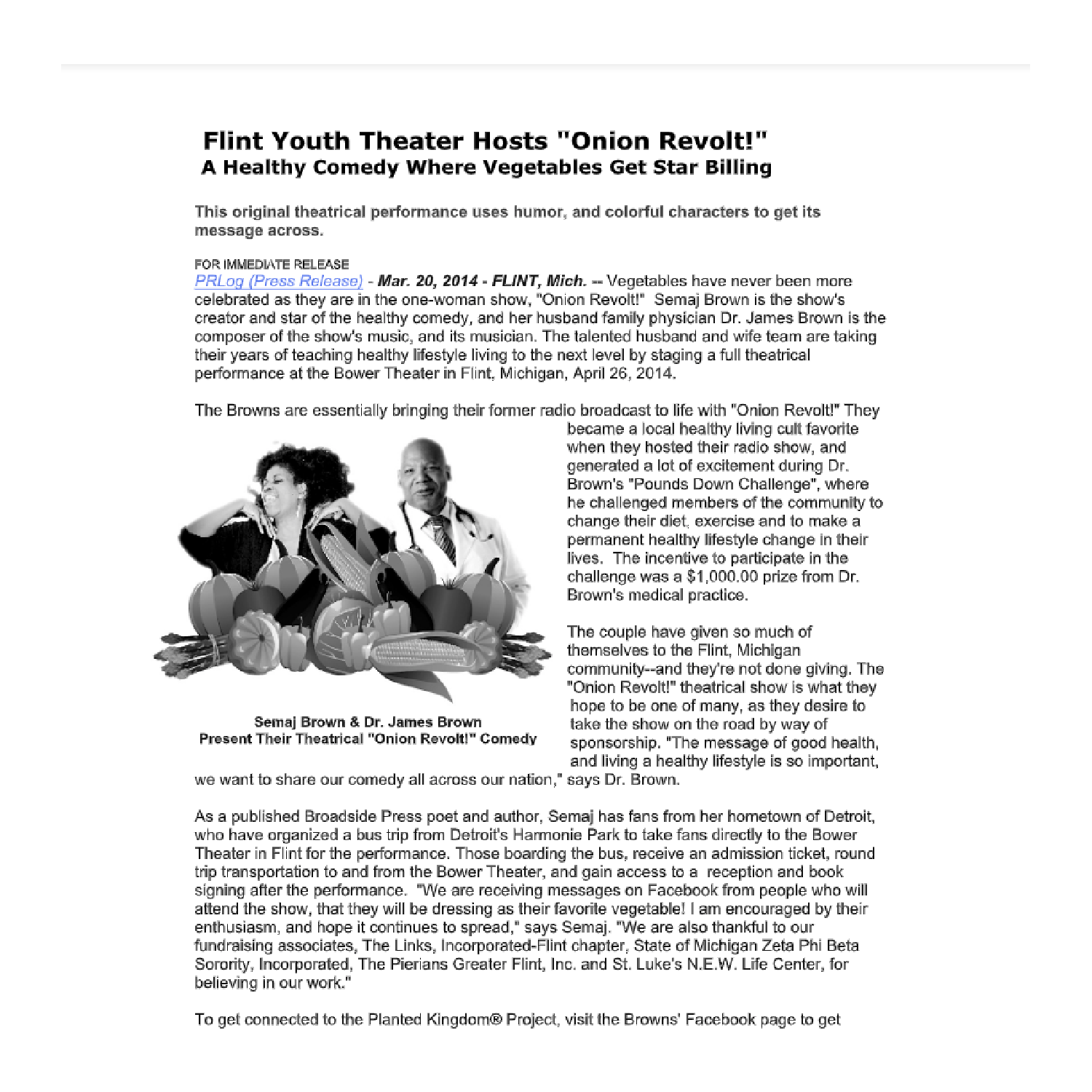 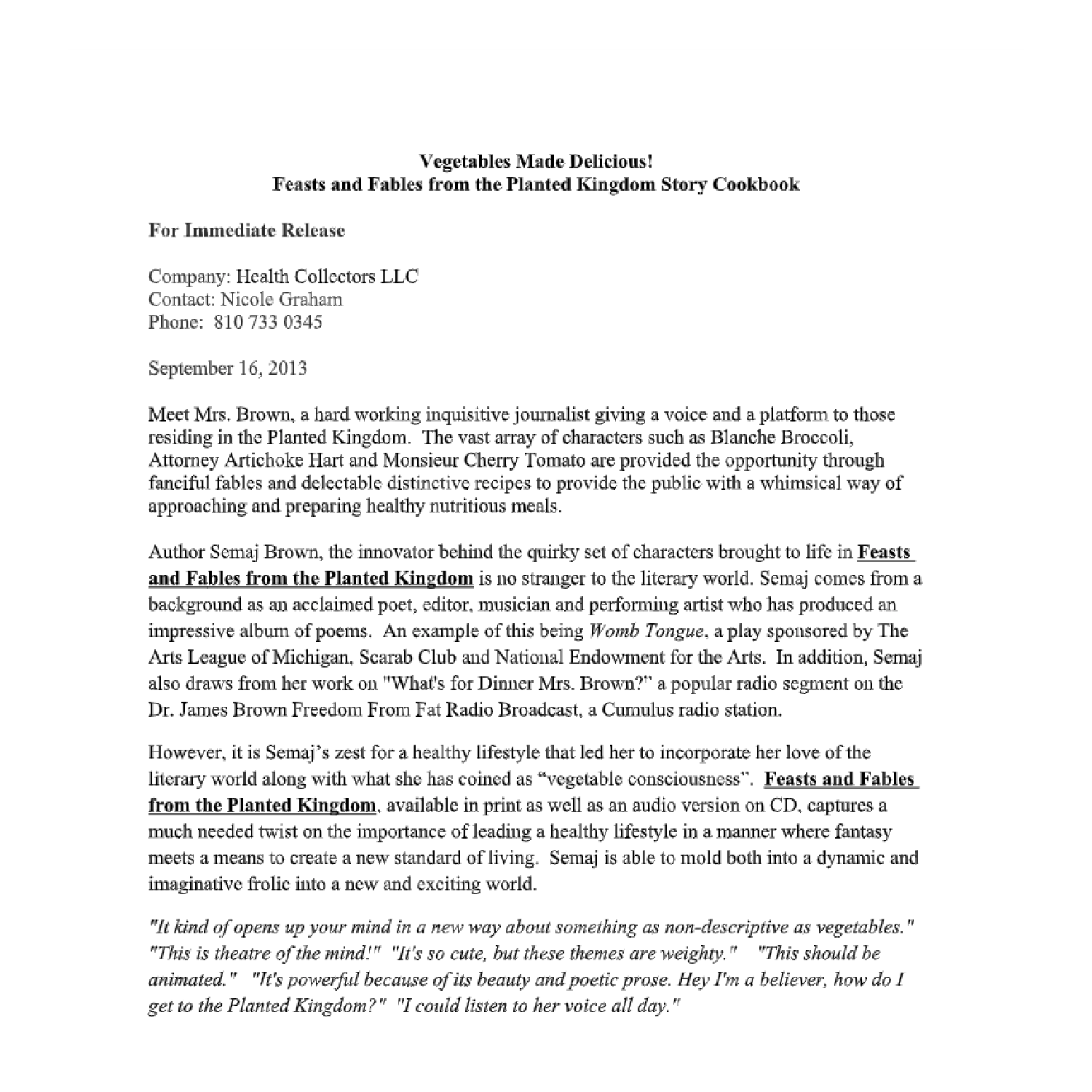